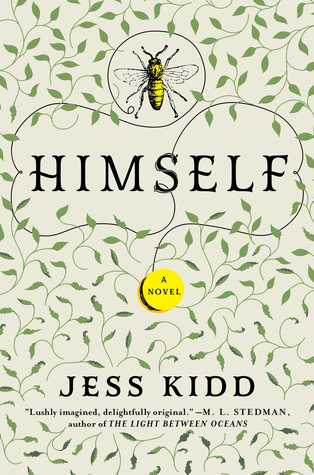 "[A] fast-paced yarn that nimbly soars above the Irish crime fiction genre Kidd clearly knows very well." —New York Times Book Review
“[A] supernaturally skillful debut.” —Vanity Fair
“A delicious, gratifying and ageless story.” —New York Journal of Books
Abandoned on the steps of an orphanage as an infant, Dublin charmer Mahony assumed all his life that his mother had simply given him up. But when he receives a tip one night at the bar suggesting that foul play may have led to the disappearance of his mother, he decides to return to the rural Irish village where he was born to learn what really happened twenty-six years earlier.
From the moment he sets foot in Mulderrig, Mahony’s presence turns the village upside down. His uncannily familiar face and outsider’s ways cause a stir among the locals, who receive him with a mixture of curiosity (the men), excitement (the women), and suspicion (the pious). It seems that his mother, Orla Sweeney, had left quite an impression on this little town—dearly beloved to some, a scourge and a menace to others. But who would have had reason to get rid of her for good?
Determined to find answers, Mahony solicits the help of brash pot-stirrer and retired actress Mrs. Cauley, and the two concoct an ingenious plan to get the town talking, aided and abetted by a cast of eccentric characters, some from beyond the grave. What begins as a personal mission gradually becomes a quiet revolution: a young man and his town uniting against corruption of power, against those who seek to freeze their small worlds in time, to quash the sinister tides of progress and modernity come hell or high water. But what those people seem to forget is that Mahony has the dead on his side....
Centering on a small town rife with secrets and propelled by a twisting-and-turning plot, Himself is a gem of a book, a darkly comic mystery, and a beautiful tribute to the magic of language, legacy, and storytelling.

So I really want to read Jess Kidd’s latest novel, Things in Jars. Like, REALLY want to read it. But I don’t have it.

So to hold myself over, I decided to read Kidd’s first novel, Himself, instead.

Himself, at its core, is a mystery. But it’s also so much more than that.

It’s a charming, magical tale– one that is filled with warmth, humor, and a touch of romance.

Kidd’s writing is stellar. She is extremely skilled at capturing the emotion of a scene in unique and varied ways. And she tells the tale in a beautiful, folkloric style that very pleasantly reminded me of Neil Gaiman. (You should know that I don’t say this lightly. This is my highest of praise. Most writers can’t even hold a candle to Gaiman, in my humble opinion.)

Mystery fans should be forewarned, however . . . the story is also infused with the paranormal and has been given a strong dose of magical realism.

Kidd utilizes the spectral cast of characters to add depth to the story and moments of comic relief. But the paranormal element also brings a certain creepiness along with it.

Because even for all of the novel’s warmth and whimsy, there is also a profound darkness to it. The story is not all fun and games. Although brief, there are a few scenes of violence that I found to be gut-wrenchingly disturbing.

And animal lovers — beware. There is one violent scene involving the death of a dog. It was again, brief, but nonetheless difficult to read. I must give credit to Kidd, though. I believe the animal’s death was particularly horrific because of the way she crafted the scene on the page. It was tragically and beautifully done, if it’s even possible to describe the demise of an animal in that manner.

I also am left with the smallest of hope that Kidd may one day gift us with a sequel. I don’t want to say too much in fear of spoiling the story . . . but only one of the two central mysteries surrounding Mahoney is truly resolved. If you read very carefully and pay close attention to the ending, you will find that Kidd does not provide us with ALL the answers to our questions.

I hope that one day she will finish the job.

Okay — so now I really, REALLY need Things in Jars.