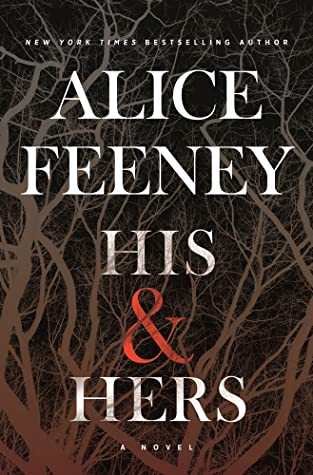 His & Hers by Alice Feeney
Published by Flatiron Books on July 28, 2020
Pages: 304
View Title on Goodreads
Bantering Books Rating:

There are two sides to every story: yours and mine, ours and theirs, His & Hers. Which means someone is always lying.

When a woman is murdered in Blackdown, a quintessentially British village, newsreader Anna Andrews is reluctant to cover the case. Detective Jack Harper is suspicious of her involvement, until he becomes a suspect in his own murder investigation. Someone isn’t telling the truth, and some secrets are worth killing to keep.
His & Hers is a twisty, smart, psychological thriller. A gripping tale of suspense, told by expertly-drawn narrators that will keep readers guessing until the very end.

Alice Feeney’s His & Hers is quite the thriller whodunit. It had me zigging. And zagging. Constantly. Never have red herrings caused me to point my finger at so many suspects, assured of their guilt, only to turn right around and abandon my theories.

Whiplash had set in by the time Feeney was done with me. And she kept me guessing until the very end, with my final choice of culprit still being pathetically wrong.

But for all its fun, guessing-game antics, the revelation of the guilty party is where His & Hers shows its cracks. The murderer’s identity requires maximum disbelief suspension for it to work, and to the novel’s detriment, the manner of the unmasking reads like the ending of a Scooby-Doo episode, opening up unignorable plot holes.

Nevertheless, I enjoyed His & Hers. It’s heart-racing. It’s addictive. It’s (mostly) smart. And it undoubtedly falls on the better end of the thriller spectrum.