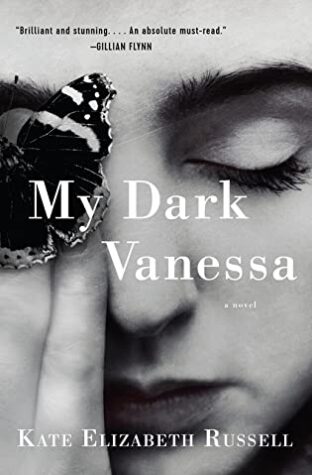 Exploring the psychological dynamics of the relationship between a precocious yet naïve teenage girl and her magnetic and manipulative teacher, a brilliant, all-consuming read that marks the explosive debut of an extraordinary new writer.
2000. Bright, ambitious, and yearning for adulthood, fifteen-year-old Vanessa Wye becomes entangled in an affair with Jacob Strane, her magnetic and guileful forty-two-year-old English teacher.
2017. Amid the rising wave of allegations against powerful men, a reckoning is coming due. Strane has been accused of sexual abuse by a former student, who reaches out to Vanessa, and now Vanessa suddenly finds herself facing an impossible choice: remain silent, firm in the belief that her teenage self willingly engaged in this relationship, or redefine herself and the events of her past. But how can Vanessa reject her first love, the man who fundamentally transformed her and has been a persistent presence in her life? Is it possible that the man she loved as a teenager—and who professed to worship only her—may be far different from what she has always believed?
Alternating between Vanessa’s present and her past, My Dark Vanessa juxtaposes memory and trauma with the breathless excitement of a teenage girl discovering the power her own body can wield. Thought-provoking and impossible to put down, this is a masterful portrayal of troubled adolescence and its repercussions that raises vital questions about agency, consent, complicity, and victimhood. Written with the haunting intimacy of The Girls and the creeping intensity of Room, My Dark Vanessa is an era-defining novel that brilliantly captures and reflects the shifting cultural mores transforming our relationships and society itself.

Take a look at the cover of My Dark Vanessa. (Go on. Look.)

Is it me? Or does the photo not just say it all? Personally, I find the stark image of the woman’s face to be one of the saddest, most hauntingly beautiful photographs I have ever seen. Her melancholy expression instantly grabs one’s attention; her evident pain draws the observer in. It’s stunning – and it so artfully, wordlessly captures the devastating essence of Kate Elizabeth Russell’s debut novel.

The narrative recounts the story of Vanessa, who at age 15, begins an illicit seven-year affair with her 42-year-old Literature teacher, Jacob Strane. Through the utilization of dual timelines, the novel essentially has two starting points. The year 2000, at the inception of Vanessa’s relationship with Strane; and the year 2017, at the height of the #MeToo era when Vanessa is forced to reexamine the affair under a more critical light as multiple allegations of abuse by Strane surface to the forefront. She has no choice but to consider anew the culpability of Strane and the contributions of her own actions.

To say that I enjoyed My Dark Vanessa is a bit of a misnomer. For how could I possibly enjoy a tale of a pedophile abusing a 15-year-old girl? Because I didn’t. Yet, I did. Horrendous subject matter aside, the novel is a page turner. It is excellently written. It is compelling and powerful.

But reading it is also an extremely dark, sexually graphic, heartbreaking, and emotionally grueling experience. It’s intentionally so. Russell aims for readers to feel discomfited. She wants us to feel outraged and unnerved as we behold the abuse of Vanessa on the page. She fearlessly shows us the how and the why of it.

And the story rattles us to the core. Because the novel just feels real. It reads authentically. I cannot imagine finding a more honest fictional description of an abusive relationship between a teenage girl and an adult man than the one laid before us in My Dark Vanessa.

We see how Strane chooses Vanessa with purpose and how he grooms her. We view Strane’s manipulation of Vanessa’s feelings, how he expertly reels her in. We observe the formation of a father-daughter bond between them. We bear witness to Strane gaslighting Vanessa and the blame he places on her shoulders, to the point where she can no longer trust her memories and does not know what to believe. We watch Vanessa repeatedly be raped by Strane while he disguises the abuse as love.

Make no mistake. None of what happens to Vanessa is her fault. Not one bit. She is a child when it all begins. She is taken advantage of by an extremely sick man. Period. End of discussion.

And here is where, as a reader, frustration is felt. Because Vanessa doesn’t recognize the abuse. She is symptomatically blind to it, years later, even at the age of 32. She fully believes she is an active, willing participant. The initiator, even. She determinedly clings to Strand and the relationship, considers him to be her one true love. Every fiber of her being defends him.

And no. Strane never rapes her. Not according to Vanessa. She wants it. Needs it. Begs for it.

“‘I can’t lose the thing I’ve held on to for so long. You know?’ My face twists up from the pain of pushing it out. ‘I just really need it to be a love story. You know? I really, really need it to be that.’
‘I know,’ she says.
‘Because if it isn’t a love story, then what is it?’
I look to her glassy eyes, her face of wide-open empathy.
‘It’s my life,’ I say. ‘This has been my whole life.’”

It’s unbelievably sad how the abuse does, in fact, frame Vanessa’s entire life. It affects her family, her adult romantic relationships, her friendships. The psychological and emotional damage Strane inflicts on Vanessa is permanent and unwavering. She is a fractured woman, with sharp, jagged edges.

My Dark Vanessa is a novel that is difficult to fully, wholeheartedly recommend due to the subject matter and graphic nature of the story. I recognize that not every reader will be able to tolerate it. But I believe it is an important novel and should be read by those who can mentally endure it.

Vanessa’s story will widen your eyes and cause your mouth to gape open in horror. It will churn your stomach. You will long to wrap yourself in nothing but warmth, light, and happiness once you finish reading it.

But you will likely neither regret, nor ever forget, the time you spent with Vanessa. I don’t. I won’t. Not one single minute of it.

I think you will find it to be time well spent, reading a story well told.