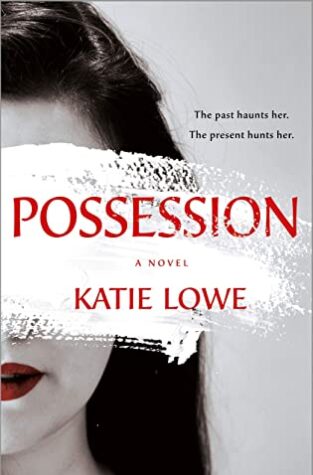 The past haunts her. The present hunts her.
Conviction @ConvictionPod · 1mThe investigating officer: “I’ve seen a lot of homicides in the years since, but...that’s the one that keeps me up at night.”
The husband’s best man: “They had everybody fooled. Or at least, she did. But I always knew something was off.”
Hannah, the wife: “I told you. I don’t remember anything. I don’t know.”
That’s all to come, this season, on Conviction. Get ready for our most twisted season yet.
~~~
Ten years ago, Hannah’s husband was brutally murdered in their home, and she (conveniently) doesn’t remember a thing about that night. But the police charged someone else—a stranger—and put him away for life. And Hannah packed up her six-year-old daughter and left London behind.
But now her hard-won countryside peace is threatened. Conviction, a viral true crime podcast known for getting cases reopened and old verdicts overturned, has turned its attention to Hannah’s husband’s murder for its new season. They say police framed the man who was found guilty, and that Hannah has more suspicious secrets than just her memory loss: a history of volatility; citations at the clinic where she worked as a psychiatrist; dependencies on alcohol and pills; and a familicidal grandmother, locked away in a Gothic insane asylum until her death. As Hannah loses the trust of everyone she loves, the only person she feels she can confide in is a former colleague, Darcy, who’s come back into her life—but who may have motives of her own. But Hannah can’t tell even Darcy her deepest secret: that she’s still tormented by the memory of her husband and the crater he carved through her life.

What is it with endings lately?

Katie Lowe’s psychological thriller, Possession, is the second book I’ve recently read with a terribly disappointing ending. And once again, it’s truly disheartening because up until the novel’s final pages, I was totally on board with the direction in which the story was headed.

I’m frustrated. Can you tell?

Hannah’s husband was viciously murdered in their home ten years ago. She and their six-year-old daughter, Evie, were present at the time of the crime, but neither was of any help to the police. Evie was nothing more than a small child, and oddly enough, Hannah had, and still has, no memory of the night’s events. But with the help of a random eyewitness, the police arrested a young man for the murder, subsequently imprisoning him.

Now, life is good again for Hannah and Evie – until the popular true crime podcast, Conviction, focuses its new season on the decade-old murder of Hannah’s husband. Over the course of a few episodes, the imprisoned young man’s guilt is challenged, and accusatory fingers are swung at Hannah. Questions regarding her memory loss arise, and a history of mental and emotional instability, work citations, and alcohol dependency are brought to light.

Slowly, Hannah’s sanity begins to unravel. And as she feels both her mind and the trust of her loved ones slipping away, Hannah realizes the time has finally come to face the dark secrets she has long buried within herself.

Okay – back to my frustration.

The reason why I am so irritated with Possession’s abysmal ending is because the shocking, appalling weakness of it overshadows all that makes this thriller great. Disappointing ending aside, the story is entertaining, twisty, quickly paced – and in Hannah, it has an intriguing and complex unreliable narrator. The narrative also has fun gothic and paranormal elements, and Lowe does a fantastic job of building tension and depicting Hannah’s mental deterioration.

The novel gets off to a bumpy start, though. The beginning of the narrative is disjointed and choppy, and there are confusing timeline jumps that are tricky for the reader to navigate. But after a short while, Lowe’s writing smooths out nicely, and the novel settles down and becomes easily readable and addictive.

Really, I enjoyed Possession so much. And leading up to the finale, I feverishly turned the pages as fast as I could, I was that desperate to see how Lowe would conclude Hannah’s story.

But the ending that Lowe gives us is not satisfying. Not even a little. For starters, it’s extremely unbelievable and a bit out of left field. And there are huge, gaping plot holes that cannot be ignored, along with one or two unanswered questions that should have been at least somewhat resolved, even if it was done in an ambiguous manner.

And that’s that. I don’t really know what else there is to say about Possession, other than I liked it very much, up until the point I no longer did.

I do look forward to seeing what the future holds for Lowe. You can bet I will be one of the first to read her next novel. She is a writer I will most definitely be watching.

I just hope she figures out how to stick an ending.

My sincerest appreciation to Katie Lowe, St. Martin’s Press, and NetGalley for the Advance Review Copy. All opinions included herein are my own.