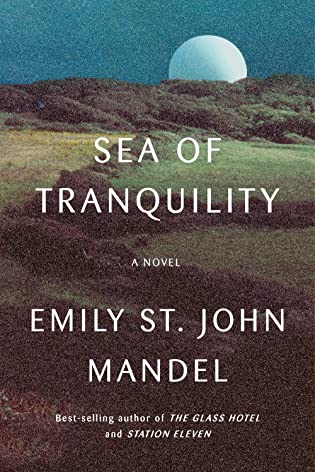 The award-winning, best-selling author of Station Eleven and The Glass Hotel returns with a novel of art, time, love, and plague that takes the reader from Vancouver Island in 1912 to a dark colony on the moon three hundred years later, unfurling a story of humanity across centuries and space.
Edwin St. Andrew is eighteen years old when he crosses the Atlantic by steamship, exiled from polite society following an ill-conceived diatribe at a dinner party. He enters the forest, spellbound by the beauty of the Canadian wilderness, and suddenly hears the notes of a violin echoing in an airship terminal--an experience that shocks him to his core.
Two centuries later a famous writer named Olive Llewellyn is on a book tour. She's traveling all over Earth, but her home is the second moon colony, a place of white stone, spired towers, and artificial beauty. Within the text of Olive's bestselling pandemic novel lies a strange passage: a man plays his violin for change in the echoing corridor of an airship terminal as the trees of a forest rise around him.
When Gaspery-Jacques Roberts, a detective in the Night City, is hired to investigate an anomaly in the North American wilderness, he uncovers a series of lives upended: The exiled son of an earl driven to madness, a writer trapped far from home as a pandemic ravages Earth, and a childhood friend from the Night City who, like Gaspery himself, has glimpsed the chance to do something extraordinary that will disrupt the timeline of the universe.
A virtuoso performance that is as human and tender as it is intellectually playful, Sea of Tranquility is a novel of time travel and metaphysics that precisely captures the reality of our current moment.

“… what she found at that moment, as the lights of yet another ambulance flickered over the ceiling, was that it was possible to smile back. This is the strange lesson of living in a pandemic: life can be tranquil in the face of death.”

Emily St. John Mandel brought me out of a writing slump. This is the first book review I’ve written in months, and not only do I want to share my thoughts regarding her latest novel, Sea of Tranquility, but I feel compelled. Leave it to her to be the one to breathe life back into my words.

Because I’m a huge fan. Station Eleven and The Glass Hotel sit high upon my favorites shelf, and now I will be placing Sea of Tranquility beside them. My very own St. John Mandel literary trifecta.

Sea of Tranquility takes us on a trip through time and space. In typical St. John Mandel fashion, the narrative leaps back and forth across centuries, from Earth to colonies on the moon, and the story touches on the always mind-bending topics of time travel and metaphysics. Your head will not hurt, though, not in her hands, as she never allows the science to overwhelm the story.

Pandemics also run rife throughout the narrative, and it, surprisingly, feels incredibly validating. St. John Mandel really gets it and is able to put onto the page what the whole of humanity has experienced these last few COVID-filled years with great acuity. It’s comforting, even.

To be honest, however, the novel was *only* a four-star read up until the very end. The ingenious final act is what did it.  The way St. John Mandel finally threads all the pieces of the story together is not only shocking but, in hindsight, brilliantly inevitable.

I cannot recommend Sea of Tranquility highly enough. Or Station Eleven and The Glass Hotel, for that matter. Just go ahead, read all three, and be done with it.

My sincerest appreciation to Emily St. John Mandel and Knopf for the physical Advance Review Copy. All opinions included herein are my own.