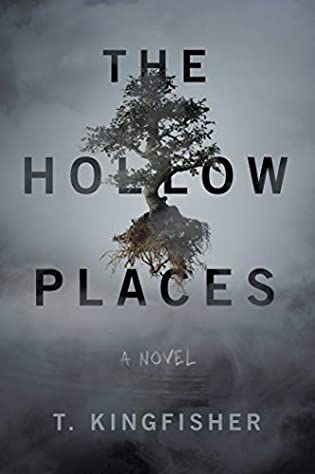 A young woman discovers a strange portal in her uncle’s house, leading to madness and terror in this gripping new novel from the author of the “innovative, unexpected, and absolutely chilling” (Mira Grant, Nebula Award–winning author) The Twisted Ones.
Pray they are hungry.
Kara finds these words in the mysterious bunker that she’s discovered behind a hole in the wall of her uncle’s house. Freshly divorced and living back at home, Kara now becomes obsessed with these cryptic words and starts exploring the peculiar bunker—only to discover that it holds portals to countless alternate realities. But these places are haunted by creatures that seem to hear thoughts…and the more you fear them, the stronger they become.
With her distinctive “delightfully fresh and subversive” (SF Bluestocking) prose and the strange, sinister wonder found in Guillermo del Toro’s Pan’s Labyrinth, The Hollow Places is another compelling and white-knuckled horror novel that you won’t be able to put down.

Are you looking for a super scary read for Halloween?

It’s a fantasy. More accurately, it’s a humorous fantasy, with occasional moments of creepy, squirmy Weird/Lovecraftian horror. (And I do mean, occasional. The moments are very few and far between.)

But it works. At least, it did for me. As a fantasy, the novel is imaginative and fun. And even though the genre mix-up may have initially resulted in a few ruffled feathers, all were quickly smoothed and forgotten as I became more and more captivated by Kingfisher’s unique world.

Newly divorced and homeless, Kara gratefully accepts her Uncle Earl’s unexpected invitation to live with him at The Wonder Museum, her childhood sanctuary. Home to numerous taxidermic specimens and other intriguing curiosities, not only is the Museum a popular, beloved tourist attraction – but unknown to Kara, it’s also a portal to another world.

One night, while patching an unexplained hole in one of the Museum’s walls, she and her friend, Simon, stumble into what is, essentially, a world between worlds. There, they discover countless other portals to different realities . . . and monstrous creatures far worse than any they could have imagined.

For Kara and Simon, what initially begins as an exciting adventure soon turns into a terrifying nightmare — a nightmare they are unsure they will survive unscathed.

Scary or not, The Hollow Places is truly an incredible read. Kingfisher has skillfully written an engrossing, page-turning portal fantasy that is distinctive and complex. Her characters are appealing – both Kara and Simon are comical and likable – and the narrative is infused with warmth and heart. The book brings a smile to my face, just thinking of it.

And have I mentioned the novel is funny? Like, really funny? The humor is sharply clever, and there is witty and quirky dialogue galore. If not laugh-out-loud, the story is at least chuckle-out-loud. There are moments, however, especially in the beginning, when it all does feel a bit forced and over-the-top. But as the narrative progresses, the awkwardness settles down nicely, and the humor eventually slips into a more natural rhythm. (Or I just became more accustomed to it, which is equally possible, I suppose.)

I do wonder, though, if the novel’s overabundance of humor is part of the reason why The Hollow Places fails to create much, if any, fright in the reader. It’s almost as if too much lightheartedness is mixed into the narrative, thus diluting the darker horror aspects to the point where it is difficult to take any of the story seriously and be truly scared by it.

But again, the fact that the novel lacks any real fear factor did not in any way diminish my enjoyment. I loved The Hollow Places for what it is – a refreshingly creative, humorous, and entertaining fantasy.

I enthusiastically recommend it.

My sincerest appreciation to Gallery/Saga Press and NetGalley for the Advance Review Copy. All opinions included herein are my own.