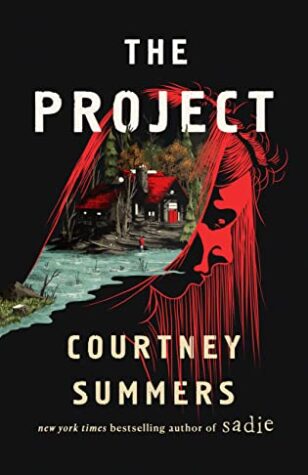 Lo Denham is used to being on her own. After her parents died, Lo's sister, Bea, joined The Unity Project, leaving Lo in the care of their great aunt. Thanks to its extensive charitable work and community outreach, The Unity Project has won the hearts and minds of most in the Upstate New York region, but Lo knows there's more to the group than meets the eye. She's spent the last six years of her life trying—and failing—to prove it.
When a man shows up at the magazine Lo works for claiming The Unity Project killed his son, Lo sees the perfect opportunity to expose the group and reunite with Bea once and for all. When her investigation puts her in the direct path of its leader, Lev Warren and as Lo delves deeper into The Project, the lives of its members it upends everything she thought she knew about her sister, herself, cults, and the world around her—to the point she can no longer tell what's real or true. Lo never thought she could afford to believe in Lev Warren . . . but now she doesn't know if she can afford not to.

That’s what my feelings for The Project did. They flipped, they flopped, and then flipped again as I read Courtney Summers’ latest Young Adult thriller.

And they flip-flopped dramatically. From like to strong dislike to really like to even love by novel’s end, albeit fleeting.

It’s a lot of flipping and flopping, I know. Stay with me. This is all heading somewhere.

Nineteen-year-old Lo Denham knows how to take care of herself. She’s had no choice – her parents died in a car accident when she was 13, and her older sister, Bea, abandoned her to join the cult-like charitable group, The Unity Project.

Lo knows there is more to both The Unity Project and Bea’s departure than what lies on the surface. She has just never been able to prove it, no matter how deeply she researches the group’s activities or how often she shows up at The Unity Project’s doorstep demanding to see her sister.

Lo finally receives the break she’s been awaiting, however, when a man walks into her boss’s office, insisting that The Unity Project killed his son. Realizing that the young man’s death may be the missing link she needs to find Bea, Lo vows to do whatever is necessary to bring the group’s sinister ways to light.

So, here’s the thing. I feel like The Project has two parts to it – the bad part and the good part.

The bad part comes first, and it is so not fun. It’s long. It’s boring. And it’s a long time to be bored, seeing as it encompasses 60% of the novel. The characters are dull and bland, and Summers’ writing is dry and devoid of emotion. The narrative is also bogged down heavily by info-dumping, with Summers plopping huge chunks of her cult research into conversations and interviews.

And the bad part is obviously why so many readers are struggling with the novel. Because if the plot is not engaging, if the characters are not dynamic, and if the narrative lacks emotion – what is there to connect you to the story?

But if you hang in there, as I did, and refuse to throw in the towel, you will eventually come to the good part – and your reading efforts will be handsomely rewarded.

Because the plot quickens. The story grips. The info-dumps disappear. The characters are richer. Emotion fills the narrative. And we are given a closing scene that is incredibly beautiful in its melancholy.

In other words, The Project becomes the novel it should’ve been from the very first page.

But it might be too late. I think a lot of readers will have checked out of the story long before the novel improves, and by the time the good part finally arrives, many of those who are still reading will not even care about what comes next.

And in all honesty, I’m not entirely certain the good part is good enough to outweigh the bad part.

It was for me. But this sentiment may not be shared.

My sincerest appreciation to Courtney Summers, Wednesday Books, and NetGalley for the Advance Review Copy. All opinions included herein are my own.